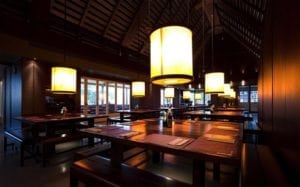 “The mobile payments market seems to be the subject of a terminal hype cycle - there’s a great deal of talk but very little action. MyCheck has been working with major brands, particularly restaurants, for a number of years now. The campaign not only cut through the noise and demonstrated that mobile payments can make a significant business impact: it delivered valuable sales leads.”

One case study, three sectors and over 100 leads for MyCheck

Mobile payments and loyalty start-up MyCheck helps restaurants to be more efficient, better engage with their customers and increase revenues. The majority of restaurant loyalty programs are focused on discounting. These programmes are hard to sustain, squeeze margins, and ultimately encourage mercenary rather than loyal behaviour. MyCheck solves this problem using mobile.

MyCheck wanted to promote the success of its work with restaurant chain Busaba Eathai across the business, technology and hospitality sectors, and use the case study to drive sales leads.

The challenge was that no other restaurant had revealed metrics around its mobile payments/loyalty programme, which meant there was no benchmark for demonstrating success. There was also a need to appeal to multiple audiences and convert promotion into business prospects.

CCgroup turned a challenge into a powerful key message. If no benchmarks for mobile payments and loyalty existed, then MyCheck was setting the bar for the rest of the industry. MyCheck would become the first to reveal how mobile technology could change the restaurant sector.

For hospitality, it was ‘a new benchmark for loyalty’. For technology we played on the fact that for years merchants had been encouraged to embrace mobile commerce on the promise it will drive customer loyalty, so proclaimed ‘mobile loyalty isn’t a hoax’. And to address the business community we highlighted how there was unprecedented competition in the London restaurant sector and cited Busaba as a business ‘embracing technology in the ‘restaurant wars’’.

In parallel, we worked closely with both Busaba and MyCheck to develop a case study that revealed additional metrics and information, which was held back from the media. We brokered an agreement with leading hospitality publication Big Hospitality to promote the case study to its readership.

The lead generation campaign with Big Hospitality resulted in more than 100 downloads from organisations including Bills, Wagamama and The Restaurant Group.