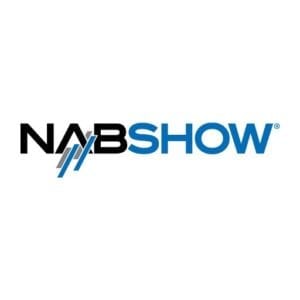 The NAB Show, which takes place in Las Vegas every April, is a key event in the MediaTech PR calendar. CCgroup worked with 24i and Mobile Viewpoint to ensure each company’s NAB story would resonate with industry influencers.

Competing for column inches, as well as media and analyst time, at industry trade shows can be a real challenge. Ahead of the NAB (National Association of Broadcasters) Show, a key event in the MediaTech calendar, CCgroup helped three companies find their voice and win the time and attention of the right industry influencers.

The NAB Show, which takes place in Las Vegas every April, is a key event in the MediaTech PR calendar. Bringing together players from across the media and entertainment industries to discuss hot topics including artificial intelligence, 4K/8K, virtual reality, IP and much more, the show hosts over 1,700 exhibitors, and more than 100,000 attendees.

As with any trade show, vendors from across the industry want to get their voice heard, showcase how innovative their technology is, and demonstrate the key role they are playing in advancing the industry. And what does a successful show look like? Usually, it’s having show news making headlines, as well as meeting with top tier media and analyst influencers, to ensure each company’s message is being heard by the right people.

But with competition fierce, maximising event presence and achieving success is no easy feat. This was a challenge for three of CCgroup’s MediaTech clients, including 24i and Mobile Viewpoint.

Each company had a different objective for the show: for 24i, the show was an opportunity to show off its growth by announcing customer wins and acquisitions; for Mobile Viewpoint, the show was a key opportunity to announce product launches based on new artificial intelligence technology, and for another, it was all about repositioning the company and its technology.

CCgroup worked with its clients to ensure each company’s NAB story would resonate with industry influencers. For 24i, this involved crafting a wider business story about its growth and momentum. For Mobile Viewpoint, it was about tying its product launches to a core NAB theme, artificial intelligence, and demonstrating industry-first capabilities. Finally, for a third, we developed new company messaging and outlined the company’s strategy following the recent appointment of a new CEO.

CCgroup helped all three companies get their stories heard by key industry influencers during NAB. Overall, this resulted in: