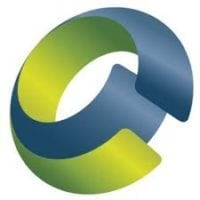 Content marketing is not just an empty buzzword - content for modern campaigns must be thoughtfully targeted, fact-based and relevant to the audience. CCgroup understands this perfectly and applies its experience and detailed understanding of our audiences to almost our entire marketing operation, from SEO to PR and in lead generation in particular. Such an intelligent approach has resulted in these campaigns being the most impactful marketing initiatives CDNetworks has ever undertaken in the EMEA region.

CDNetworks is a global content delivery network, specialising in accelerating and securing web content worldwide, including hard to reach markets such as mainland China and Russia. Faced with established competitors in EMEA, it needed to secure greater visibility in the UK and DACH, with the specific goal of generating leads.

With next to no previous brand awareness activity and competitors with strong historical brand presence, CDNetworks needed a UK PR partner that it could trust with:

With such impact-focused objectives, success would depend on a close understanding of CDNetworks’ specific target audience, beyond the basic “IT decision maker” characterisation.

CCgroup used its Enterprise Technology Buyers Catalyst, ‘How modern enterprises buy technology’ to determine how best to reach each of CDNetworks’ specific audiences. The priorities were revealed to be:

The CCgroup team started the engagement with a messaging workshop, from which a series of thought leadership stances and differentiators were drawn for each audience to support an ongoing programme of media and analyst relations. The team also completed an audit of target search terms and drafted optimised web copy for the new website’s key pages, and put in place a blog programme.

Finally, CCgroup designed a series of insight-driven content marketing campaigns that addressed the specific concerns of each audience. These were launched in the UK and across the DACH region through CCgroup’s partner agency.

A subsequent campaign targeted IT departments and security leads. Using market research data, CCgroup discovered widespread DDoS complacency amongst CISOs – while they were confident in their DDoS resilience, this was undermined by the volume of DDoS attacks they admitted they hadn’t been able to defend against.

Having had no previous media profile, CDNetworks now appears regularly across the UK trade media. Publications have ranged from The Register, CBR, SC Magazine and Computer Weekly to vertical media such as Internet Retailing and Travolution – all of which are heavily relied upon by its target audiences. Importantly, this media coverage has driven high quality traffic to the website. Visits triggered by media referrals spend over three minutes on the site and have the highest conversion rate.

Meanwhile, the analyst relations programme has yielded impactful briefings with top tier analyst houses such as Ovum, IDC and Forrester, resulting in inclusion in multiple reports and analyst blogs. These results are of particular note given analysts are ranked as the most influential information source in Enterprise Tech supplier selection. ‘How modern enterprises buy technology’.

CDNetworks’ search rankings have also improved, with the website now appearing on page one of Google for 42 of its key search terms, having previously been beyond page five. Indeed, the performance of the UK website has resulted in multiple local websites being decommissioned in favour of a global site modelled on the UK version.

Lead generation – the most important impact metric for this campaign – has also been highly successful. After the early success of the first content marketing campaign around CDNetworks’ China offering, it was decided to launch a DDoS campaign. After extensive market research and data analysis, the team created local and global versions of ebooks, infographics, media materials, marketing collaterals and social posts. The campaign delivered over 200 leads in the first few weeks immediately after launch for EMEA. As a consequence, the campaign was replicated in the US which CCGroup’s UK team collaborated on with their US colleagues.