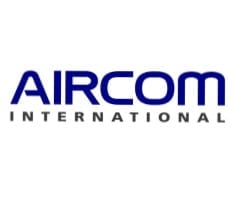 “The spectrum re-farming campaign exceeded our expectations. CCgroup’s expertise and advice was invaluable in positioning spectrum re-farming as a valuable means for operators to stay profitable while migrating to LTE. The results have been impressive, not just in terms of the coverage generated, but more crucially, the clear sales leads that have resulted to date.”

CCgroup was tasked with driving awareness of AIRCOM’s consultancy services in the technical field of mobile spectrum re-farming, as part of a wider marketing campaign to generate sales leads.

This was a tough challenge. The campaign was to target mobile operator CTO groups, network planning teams and network engineers across multiple departments and managerial levels.

We needed content that would resonate with the media, and create prospect engagement through owned media channels.

Spectrum is the lifeblood of the mobile industry, but is extremely expensive to acquire. Spectrum auctions attract global media coverage with little attention placed on how operators might save money by sweating existing assets.

We opened up this debate with AIRCOM, building a model that calculated how re-farmed spectrum could support LTE roll-out for 0.5% of the cost of new licences

As well as supporting a media and analyst campaign, the story was used as the hook for a promotional webinar hosted by telecoms.com

By highlighting such dramatic cost savings, in an age of austerity, AIRCOM generated impressive coverage across more than 20 business and mobile trade publications in Europe and in the US.

The webinar attracted a record number of registrations from Europe and the US &ndash; some 35%, were from target operators.