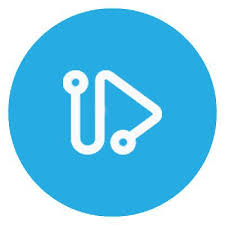 CCgroup worked with InterDigital to organise an event at InterDigital R&I’s Labs in Rennes, France that would allow top tier influencers to visit and explore the facilities and see new and exciting future tech.

InterDigital develops a range of technologies that are used within mobile and video devices worldwide.

Following the debut of InterDigital Research & Innovation (R&I) to the mediatech industry at IBC 2019, the company recognized ongoing interaction and engagement with industry influencers would be crucial to drive awareness of InterDigital’s technologies and contributions to the market.

InterDigital R&I made its debut into the broadcast and mediatech industry in September 2019, following the acquisition of Technicolor R&I earlier that year. The name “Technicolor” has a long association in the video and media industries, but the InterDigital brand is less well known. It was therefore essential that InterDigital established its brand and presence with Technicolor under its wing as soon as possible. As a “new” and significant market for InterDigital, CCgroup recognised that participation at IBC alone would not be enough to drive awareness of the company, and ongoing activity would be required to drive momentum from the initial awareness that had been built. More needed to be done to raise InterDigital’s profile, demonstrate leadership and success, and create relationships with influencers in this space.

As a research and development company, InterDigital develops technologies five to 10 years ahead of market adoption. Within the video and mediatech industries, InterDigital R&I is playing a key role in developing new video compression standards, and technology that can support a range of exciting “mixed reality” applications, including digital doubles, augmented reality and AI gaming, to name but a few.

CCgroup knew the technologies InterDigital R&I develops would have solid industry appeal. And while IBC was an opportunity to showcase some of these technologies for the first time, IBC only told part of InterDigital’s story about its role in this industry.

CCgroup worked with InterDigital to organise an event at InterDigital R&I’s Labs in Rennes, France that would allow top tier influencers to visit and explore the facilities and see new and exciting future tech. The trip would be an opportunity for key journalists and analysts to see first-hand the complete range of technologies InterDigital R&I is developing across its Home, Immersive and Image Science Labs, and spend valuable time with their engineers and technology leaders

Firstly, in preparation for the event, CCgroup worked with InterDigital R&I’s Lab Directors to outline which of its technology demos influencers would see. CCgroup consulted on the agenda for the event, including introductions to the company, an overview of InterDigital’s business activities and future directions, and advised on structure and speakers for a Q&A session with media and analysts. CCgroup also pre-briefed spokespeople to ensure they were prepared for the event.

At the three-day event itself, media and analysts had the opportunity to hear from InterDigital’s Chief Communications Officer about the company’s expansion into video and media industries, and the role it is playing in contributing to video standards. Attendees also had the opportunity to visit the Home Lab, Immersive Lab and Image Science Lab. Here, they were able to see new and emerging technologies including: Versatile Video Coding (VVC), Point Cloud Compression, mixed reality interactive TV, six degrees of video streaming for virtual reality, as well as AI cloud gaming. Finally, CCgroup coordinated a series of one-to-one briefings with each of the Lab Directors and the CTO to discuss the company’s technology roadmap.

CCgroup’s influencer relations activity resulted in 10 influential journalists and analysts participating in the visit to InterDigital R&I’s Labs. This included FEED, IBC365, TVB Europe, Streaming Media Europe, Ampere Analysis, Futuresource Consulting, Omdia and S&P Global. The event itself resulted in 13 pieces of coverage reaching an online readership of over 103,000; with an estimated 4,300 views, from publications with an average domain authority of 49.This coverage included three profile pieces for key InterDigital spokespeople, as well as four in-depth features on the R&I facilities and the forward-looking technology demos showcased during the event.

The event was also an opportunity to form relationships with key influencers. As a result of the event, InterDigital R&I has been featured in various industry articles on video coding standards and AI, has been invited to contribute opinions and comments to articles related to the wireless side of the business—a part of InterDigital that many attendees were less familiar with before the event, but were keen to know more about. InterDigital has also been invited to participate and speak at industry events, and is also working with media partners to develop webinars and panel sessions on important industry topics.

In all, the event provided the perfect platform to establish meaningful and lasting relationships with important industry influencers, securing InterDigital’s presence and voice in industry debate.