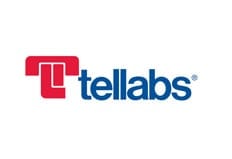 “Creative, controversial and compelling, the 'end of profit' campaign meant Tellabs set the agenda for the industry’s most important conference.

By grabbing headlines and carefully controlling the message, CCgroup positioned Tellabs at the forefront of debate and delivered valuable sales leads.”

Our brief was to develop a thought leadership campaign that sparked debate and generated sales leads.

Tellabs provides telecoms operators with infrastructure products that boost network performance and capability. CCgroup invented the phrase ‘capacity crunch’ for Tellabs several years ago. Having been told and re-told numerous times, the story was no longer ‘news’. We needed a new angle to revitalise its value as a story.

Evaluating media and analyst capacity crunch reporting, it became clear that, at some point, the cost of escalating mobile data growth would exceed revenues. Data services would become unprofitable for operators. But no one had asked the most important question: when?

We mashed industry analyst data with Tellabs’ proprietary information, comparing predicted revenue per gigabyte with cost per gigabyte in North America, Western Europe and developed APAC. We worked with an independent analyst to validate the calculator and developed downloadable studies and images.

Three weeks before MWC 2011, in an aggressive global media campaign, we publicly predicted the ‘end of profit’ for operators. Sparks flew.

Within hours of the embargo lifting, our story headlined most global telecoms publications and syndicated around the business world courtesy of Reuters and Dow Jones reports. The integrated campaign delivered thousands of visits to Tellabs.com and 1,200 study downloads.

HOW CAN IOT TECHNOLOGY VENDORS SUCCESSFULLY MARKET AND SELL TO BUYERS?